on september 27th, the company chairman wang yundan, general manager wang huaiming attended the farewell meeting sending off staff to a project in iraq. jiang fan, deputy party secretary of operating company, preside this farewell meeting. there was going to be 112 staff to be appointed to the project in iraq, and they came from 13 project companies. among whom, 40 staff will involve in the phase i project while 72 ones in the phase ii. 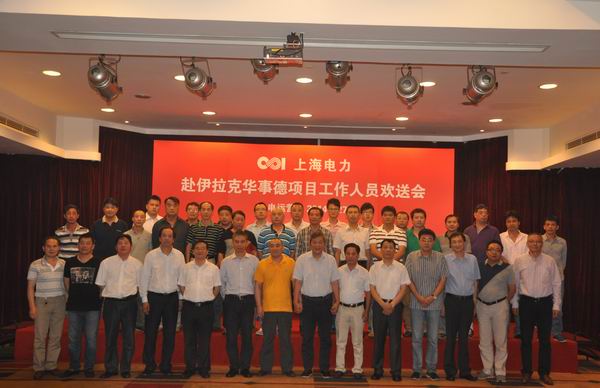 chairman wang yundan gave a speech at the farewell meeting.  he first expounded far-reaching significance of the projects in iraq: it is to practice the shanghai electric power's "going out" strategy and gain reputation for sep and the group company. all the staff sent to iraq will make contribution for the goal of 鈥榙evelop another sep by 2020鈥?and find their own value in a broader international market. besides, chairman wang yundan also expressed his gratitude to the staff for their contribution and appraised them the most lovable persons. finally, he made a commitment to all staff and said that sep will provide the best service to lift everyone's worries so that the staff can better finish their work.