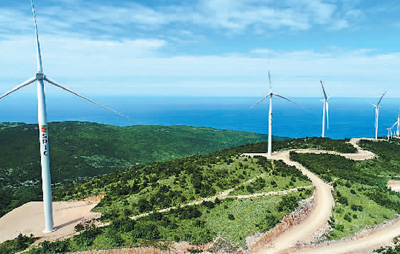 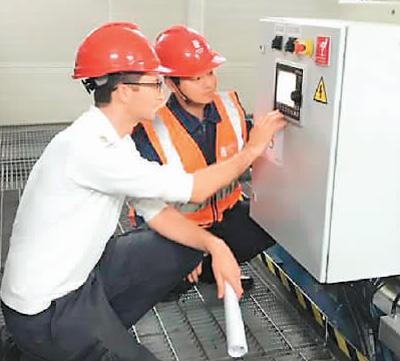 on november 6, 2019, carmelo abela met wang yundan for the first time at the second china international import expo (ciie), and it was like meeting an old friend.
abela is malta's minister of foreign affairs and trade promotion. malta had been troubling with a problem for a long time. electricity was expensive there, which was among the top 3 in the european union, and there were frequent power outages.
now it is different. the tariff in malta has fallen by 25%, among the lowest in eu, and there are few outages now. these changes are brought by a chinese company, sep, a subsidiary of spic. wang yundan is the chairman of sep, and it was he who contributed to sep's investment in malta.
abela had a long talk with wang. "malta has always benefited from a series of cooperation projects with china. last year, malta and china signed an agreement on the belt and road initiative, which provided a framework for further development of the bilateral relations," said abela.
what has the tariff cut brought to malta?
"the power tariff is roughly 5 percent of total cost of the print shop. therefore, a 25 percent tariff decrease has a direct effect on us," antony zammit, a print shop owner, told the reporter. nowadays, many maltese homes are equipped with air conditioners.
the power tariff decreased, and industrial and business costs fell accordingly. as a result, malta's sovereign credit rating was upgraded to "a ".
in the past, malta relied on submarine cables for power supply, and there were frequent technical failures. in 2014, the annual average time of power outage was 9.69 hours for maltese consumers, which was lowered to 0.47 hours by 2018.
in 2013, sep cast its eyes on malta following the belt and road initiative was proposed. in november 2014, sep (malta) holding ltd. (sepm) was incorporated in malta. subsequently, sepm acquired 33.3 percent shares and 90 percent shares in enemalta plc and d3 power generation limited respectively in december 2014.
enemalta used to suffer from losses for years, and sepm managed to turn around the company in the first year after it participated in the daily operation.
the belt and road is the road to win-win. regarding the malta project, wang yundan said frankly: "we are happy when others are happy." so far, the total assets of sep have exceeded rmb 100 billion, and the total overseas assets topped rmb 9 billion. the company's holding installed capacity was over 15 gw, with clean energy accounting for more than 45 percent.
sepm is actively developing wind power, pv power and other renewable energy projects on the european continent.
on the slopes of mount mozura in the port city of bar, montenegro, stood 23 chinese-made 2 mw low-speed intelligent wind turbine generators (wtgs) whirling and setting off a magnificent coastline. here is the 46 mw mozura wind park, a renewable energy project jointly constructed by sepm and the maltese government in a third-party market, which will be completed on november 18.
"this is malta's first wind power project to enter the european energy market," said joe mizzi, malta's minister for energy and water management, who considered it as an important milestone.
"we have brought management and technology overseas," said wang. the company has the same standard for its subsidiaries at home and abroad, even for employee meal cards.
according to wang, sepm united the employees from different backgrounds together with the "family culture".
why can chinese enterprises create one miracle after another? at the second china international import expo international quality innovation forum held on november 8, wang answered the reporter's question as follows: "the experience of reform and opening-up is our advantage."