on september 5, 2019, sasac and shanghai municipal government signed a framework agreement on deepening cooperation. among them, sep and yangpu district government signed a cooperation agreement on yangshupu power plant industrial upgrading and urban renewal project. with the resources after the closure of yangshupu power plant, the company adopted the combination of new construction and reconstruction with the conservation of old buildings to make planning from a high starting point, construct with high quality and operate at a high level.

yangshupu power plant has century-old historical and cultural connotations as well as revolutionary tradition of power industry. yangshupu power plant is a cultural relic protection unit in shanghai and has been listed as a historical scene protection neighborhood by the relevant department of shanghai. sep party secretary and chairman wang yundan said that the company will inherit the "red" spirit of yangshupu power plant, make use of the existing industrial heritage and the regional advantage of yangpu riverside, and construct the power plant into a new landmark of global city of excellence integrating the industrial culture, "red" culture and shanghai-style culture.

in order to make the sky bluer and the water clearer in shanghai, yangshupu power plant was shut down at the end of december 2010 in accordance with the national requirements of "developing large units and shutting down small ones, saving energy and reducing emissions".

nevertheless, the century-old power plant has not retired from the stage of history. on december 25, 2018, sep yangshupu power plant successfully sought a partner for the industrial upgrading project.

at present, the power plant is speeding up the collection of international schemes for transformation planning and design, in order to become a typical demonstration project for shanghai's urban organic renewal in the new era, and strives to complete the planning and design scheme before the end of the year.

meanwhile, the power plant will strengthen the introduction of functions and industries, adhere to the "world-class, domestic-leading" standards, and gather the leading enterprise headquarters and r&d centers in energy, environment, cultural and creative industries. in the future, the project will feature the "et" (energy and environmental technology) industry, and converge the headquarters of high-end service companies such as electric power, energy conservation and environmental protection. at the same time, it will enhance the renovation, protection and activation of historical buildings to create a unique waterfront cultural space. 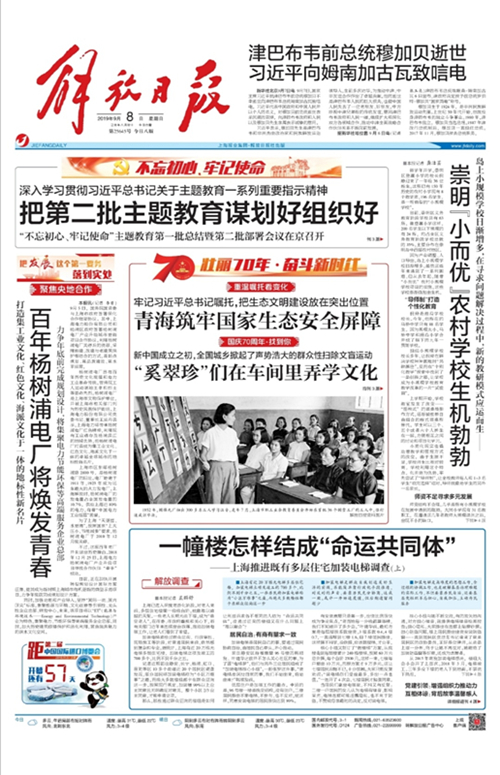