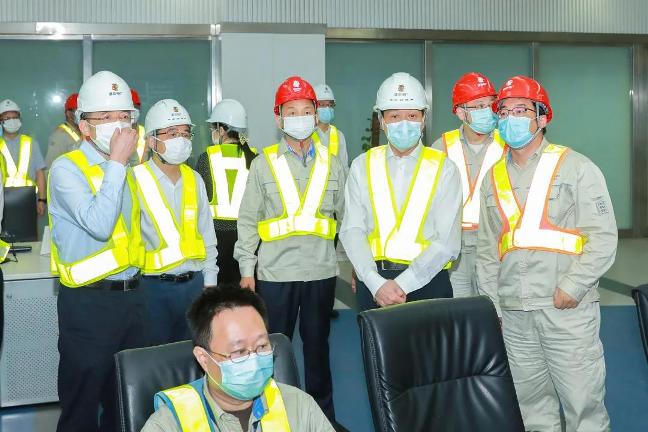 hu wenrong and his delegation went straight to the central control room of the power plant, and learned in detail about the production, operation and environmental protection emissions of the two 1000 mw class units as well as the coal supply, sludge disposal and heat supply. he spoke highly of the work done by the power plant, and expressed greetings to the frontline workers sticking to their posts during the typhoon.
during the research, ma jing and hu jiandong held an in-depth exchange on the implementation of china's targets of peaking carbon emissions before 2030 and achieving carbon neutrality before 2060, focusing on scientific, green and clean development.
the main leaders of caojing power plant joined in the above research.