in order to promote the regional coordinated development of spic and further strengthen the role of boosting development through party building and joint building of all the brother units in shanghai region, spic shanghai regional staff badminton team competition was held on may 15, 2021, as part of a series of activities to celebrate the 100th anniversary of the founding of the party. more than 150 staff athletes and badminton enthusiasts from spic shanghai regional units gathered to participate in the competition, including sep, snerdi, spic energy engineering, snpas, speri, snpsc, cpcec, spic xianrong (shanghai) asset management and spic jiangsu company. 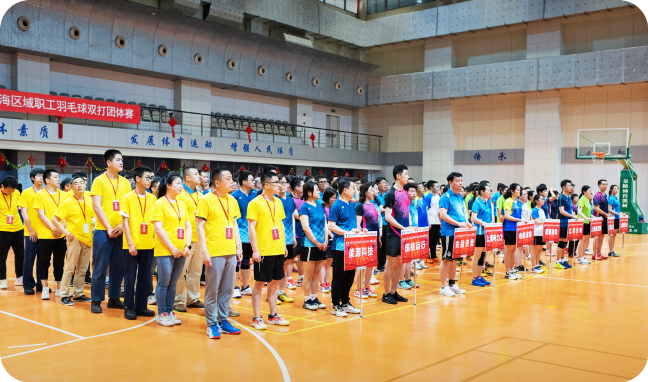 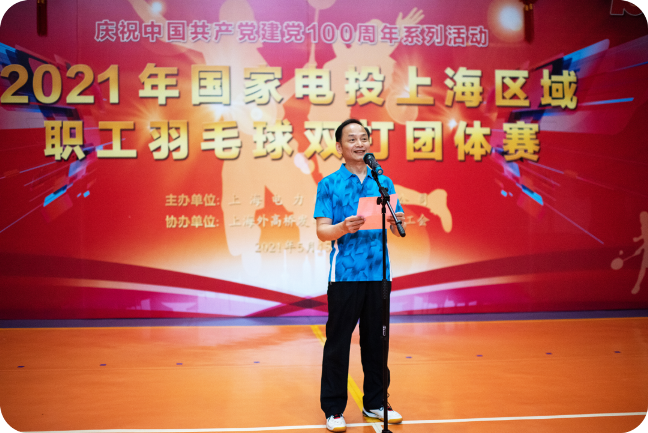 on the court, the players fought vigorously and tenaciously, sometimes struggling to kill, sometimes lobbing the ball lightly, sometimes rushing to the net to follow the ball, sometimes defending in the backcourt, playing their skills to the best of their abilities. the atmosphere was intense and warm, fully demonstrating the athletic spirit. outside the court, chants and cheers could be heard without end.
after a fierce competition, jiangsu company won the championship, sep no. 1 team and sep no. 2 team won the second and third places respectively, spic energy engineering, snerdi and snpas ranked the fourth, fifth and sixth respectively, and speri, snpsc, cpcec and spic xianrong (shanghai) asset management were awarded the winning prizes.
healthy sports activities are an important part of the employees' daily work and life, and badminton, as a classic mass cultural and sports activity, is very popular among the employees. this joint building activity of spic shanghai region has further enhanced the healthy life concept of the staff, created an atmosphere of loving sports and enjoying health, and promoted the interaction and communication among various regional units, and will unite the staff to do their bits on the journey of implementing spic's "first-class strategy in 2035".