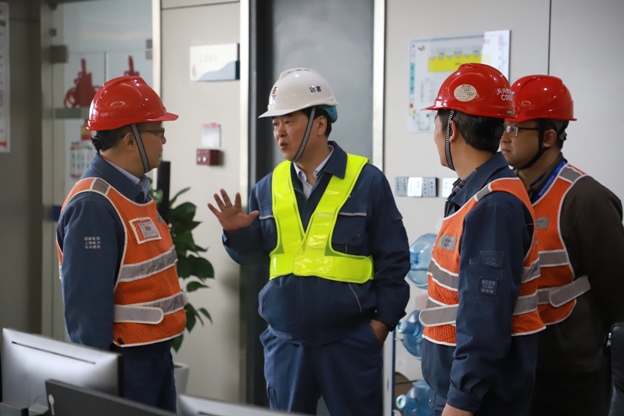 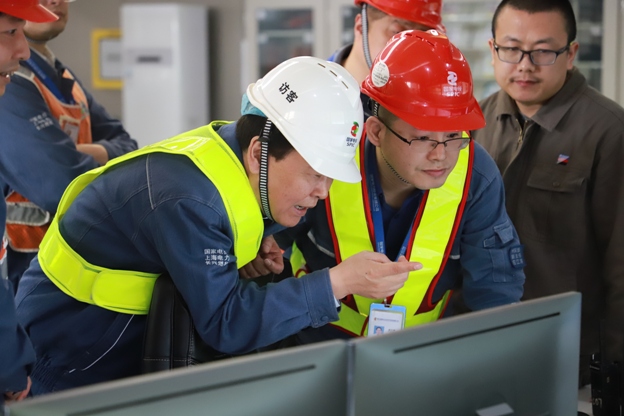 during his work safety inspection of "four nos and two straights" on changxing gas-fired power generation, wei juliang went directly to the production sites including the central control room, hydrogen station, natural gas pressure regulating station and shift teams, examined the situation of anti-violations of regulations, operation risk control, execution of "two tickets" and shift team construction, with spot checks of the frontline staff on the related requirements of "full coverage, zero tolerance and strict punishment", and then held a feedback symposium immediately, focusing on the problems and arranging rectifications. zhai deshuang went to the unit maintenance sites of caojing power plant and wujing power plant for random inspection. through going straight to the site unannounced, they found out one serious violation, three general violations and four management problems altogether at the above three power plants, effectively sized up the first-hand situation of the implementation of the safety production requirements by the company's party committee at the grassroots level, and quickly organized the formulation of corrective measures. especially for those acts of violations, they were all strictly assessed and punished in accordance with the upper limit of the relevant system.
in the network era, there are increasingly varied methods for the leading cadres to understand the grassroots. nevertheless, "fingertips" cannot replace "toes", "tablets" cannot replace "feet", "keyboard-to-keyboard" cannot replace "face-to-face", and "ask baidu" cannot replace "ask the people". as this year marks the 100th anniversary of the founding of the cpc, the opening year of the 14th five-year plan (2021-2025) and the start of the second phase of spic's "first-class strategy in 2035", to accomplish work safety is particularly critical and very important. the leading cadres at all levels should put themselves in it from the political perspective, clearly understand the serious situation of work safety confronting them, steadily utilize  the "four nos and two straights" working method, master the frontline situation, analyze the crux of the problem thoroughly, carry out the basic work properly, and work together with the vast numbers of employees to think of ways to solve the problem and ensure the implementation, in order to build an impregnable fortress of work safety and promote the sustainable high-quality development of the enterprise.