on november 7, 2019, sep chairman wang yundan met with carmelo abela, malta's minister for foreign affairs and trade promotion together with a delegation, who were invited to attend the second china international import expo (ciie), at the company headquarters. maltese ambassador to china was also present at the meeting. wang welcomed the visit of abela and his delegation. recalling the process of sep energy cooperation project in malta from execution to steady progress since 2013, wang said that the going-global road of sep benefited from favorable climatic, geographical and human conditions, and cannot do without the good cooperative relationship between china and malta. he appreciated maltese government for supporting and caring the project, adding that sep will continue to promote the version 2.0 of the energy cooperation agreement signed with malta's ministry for energy and water management in the first half of 2019 vigorously, further explore clean energy development in malta and form a business model which could be reproduced and generalized through implementing the planning of the first "zero carbon island" demonstration project in europe, and thus tap markets in north africa, central and eastern europe as well as mediterranean countries. sep will continue to perform its social responsibilities while boosting sino-maltese economic and trade exchanges actively through platforms such as chinese commercial community in malta. 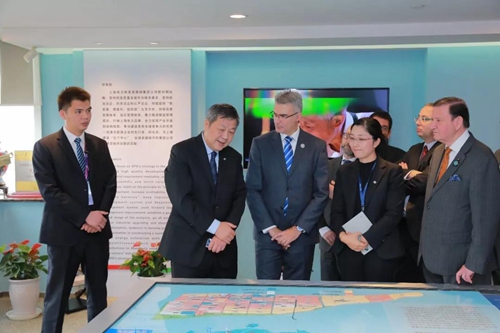 abela spoke highly of the outstanding contributions made by sep to implementing sino-maltese economic and trade cooperation and benefiting national economy and people's livelihood of malta, stressing that the tariff in malta was lowered from among the highest in eu to the fourth from the bottom, which helped malta increase its sovereign credit rating and improve the national investment environment, and that sep is a foreign investor popular among maltese people. he noted that both malta and china root for multilateral trade, which laid an important foundation for cooperation. mozura wind power project, jointly invested by sep and enemalta in montenegro, has successfully reflected the possibility of cooperation conducted by china and malta in the third-party market. he will continue to provide support and caring for the project in the future work, in the hopes of maintaining close communication and interaction with excellent foreign investors such as sep, exploring good cooperation potential together, and pushing forward development of bilateral relations and economic and trade exchanges, said abela. 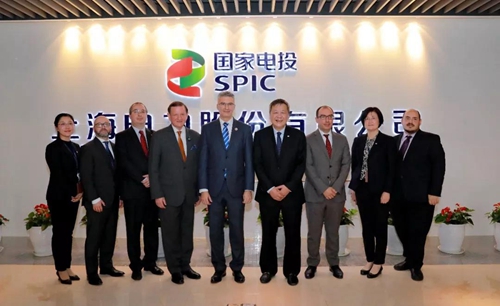 related personnel of sep international business department and sepm participated in the meeting.