on september 22, 2019, hunutlu thermal power plant, invested and constructed by sep, poured the first can of concrete for the main power house in yumurtalik county, adana province in turkey, marking that china's biggest project with direct investment in turkey officially started construction.

the project, with a total investment of around usd 1.7 billion, is a flagship project linking the china-proposed belt and road initiative with turkey's middle corridor plan, developed and constructed jointly by sep, avic-intl project engineering company and turkish shareholders according to the shareholding ratio of 78.21 percent, 2.99 percent and 18.8 percent. the project, which included the construction of the power plant and the ports specially designed for coal transportation, along with the construction of flue gas desulphurization and scr denitration systems, is expected to have a total installed capacity of 1,320 mw after completion. it is also expected to generate 9 billion kwh every year after commercial operation, accounting for an estimated 3 percent of all electricity supplies across turkey. 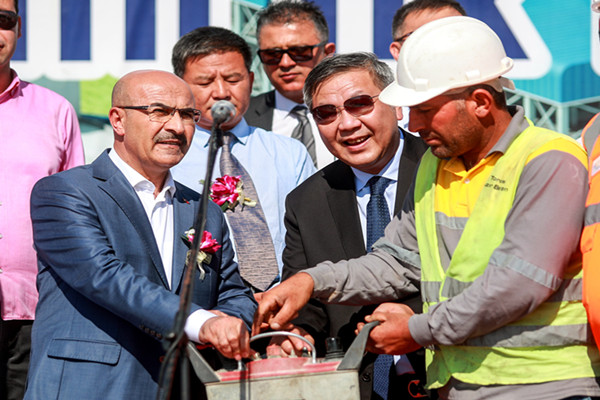 governor of adana mahmut demirtas, who attended the ceremony marking the start of the project, expressed congratulations on the commencement of the project, saying that the project adopted the world's most advanced power generation technologies, and has also made an effort to preserve local environment and heritage. the project will make a great contribution to turkey's regional economy and national development after operation, and he hoped the project to become a benchmark in china-turkey investment cooperation with a broad prospect of the bilateral cooperation in the future, he added. 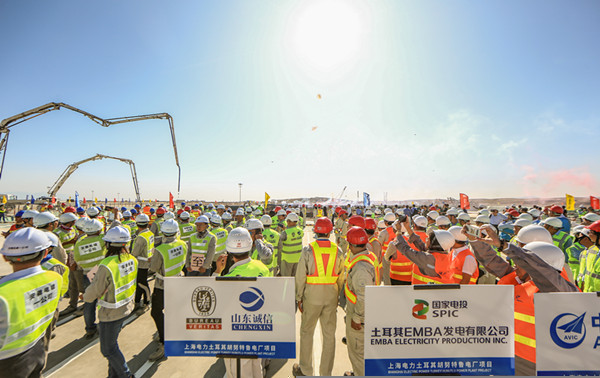 the project financing is arranged by a bank consortium composed of china development bank, industrial and commercial bank of china and bank of china. the two units of the project is planned to start operation at the end of 2021 and in 2022 respectively, which will play an important role in promoting the diversity and ensuring the safety of energy supply in turkey.